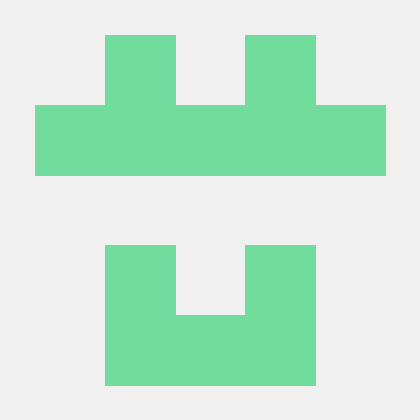 This tutorial will guide you through methods to assess model adequacy in BEAST v2.4.x. In common practice, evolutionary models are selected based on their statistical fit relative to each other. This might be sufficient in some cases, but there is a risk that all of the candidate models lead to inferences that poorly represent the true evolutionary process. Indeed, even the most complex or best fitting model from a set of candidates can produce highly erroneous estimates of parameters of interest. In this tutorial we will explore methods to investigate the absolute merits of the model. This kind of assessment of the absolute performance of models is also known as model checking or assessment of model adequacy or plausibility.

Before starting the tutorial, it is important that you understand the methods used in Bayesian inference for assessing model adequacy. A typical assessment of model adequacy is done by comparing a test statistic, calculated from the empirical data set, with the values of the statistic calculated from a large number of data sets simulated under the model. The simulated data sets from the model are often referred to as posterior predictive simulations (PPS), and they represent future or alternative data sets under the candidate model. The test statistic should be informative about the assumptions of the model in question.

Programs used in this

The evolutionary history of birds has been widely studied using mitochondrial DNA. Mitochondrial genomes have been sequenced for a diversity of birds, including passerines (perching birds). However, can show substantial differences in nucleotide composition between species. This potentially violates an assumption that is commonly made in phylogenetic analyses: that of compositional homogeneity across lineages.

When we analyse nucleotide sequences, we often compare a number of substitution models from the GTR family to identify the one that provides the best fit to our data. However, we typically only consider a small subset of the models in this family, such as the JC, HKY, and GTR models. But it is possible that all of the models in this subset actually provide a poor absolute fit to our data.

Here we investigate whether the widely used GTR+G model of nucleotide substitution provides an adequate description of the evolutionary process in mitochondrial DNA from 13 corvid birds (plus an outgroup taxon). This group of birds includes crows, ravens, and the Eurasian magpie. The data set comprises 1000 sites from the third codon positions of mitochondrial protein-coding genes.

In the data folder you will find the in nexus format (cp3.nex) and a previously-estimated topology in newick format (corvid.tre) with our corvid taxa. You will also find an XML file (cp3.xml) in the xml folder to run BEAST 2 for this data set.

The settings in this XML file include:

Importantly, this XML file has been modified directly such that the starting tree has been provided and it remains fixed throughout the run. The steps to modify the XML to fix the tree topology are explained in a box at the end of this tutorial.

Run the XML file using BEAST 2. The output of this run can also be found in the folder precooked_runs.

Begin by opening R. By typing the following, you will set the working directory to the scripts folder, and then load all the necessary scripts inside it.

In the next box will set the directory to precooked_runs, and run the function adeq(). The information in quotes in adeq() are:

In addition, Nsim = 100 specifies the number of posterior predictive simulations to be performed.

The following are some detailed elements in clock_adequacy_example:

The clock_adequacy_example object should have the same contents as object ``assessment_provided’’ in the file results.Rdata:

The following section of this tutorial describes the steps for assessing model adequacy in more detail.

Reading the runs and simulating data

We will study the code in R and Figure 1 in detail. This section is mainly for reading and discussion, and is aimed for you to cement the steps required for assessing model adequacy.

Open the adeq.R file in a text editor of your preference and you should see the following:

The analysis of empirical data is shown in the blue box in Figure 2. We then need to read the posterior trees and parameter estimates of the BEAST 2 analysis. The R package phangorn allows us to take these data and run the posterior predictive simulations, which is shown in the green box in Figure 1. You will find the code to read data from the posterior and for simulating genetic alignments in make.pps.als. This script identifies the model being assessed and simulates data accordingly. The input required in this step includes:

If you are interested in how we read and simulate data in R, you can investigate the make.pps.als code. The following is the line in adeq.R in question:

The output of this function is what we need for model assessment: the test statistic for the empirical data, and the distribution of test statistics for the simulated data sets.

This function will provide the test statistics for simulations, as well as P-values for each of the test statistics. Following practice from frequentist statistics, we can consider the model to be inadequate if the P-value for a given test statistic is below 0.05. Importantly, the assessment of the clock model allows us to identify the branches for which the molecular clock model can estimate the number of substitutions. We will explore the interpretation of these data in the following section.

Interpreting the results of model assessment

It is strongly recommended to use qualitative checks of models using graphical analyses. In this section we will graph different components for assessing clock model adequacy using posterior predictive simulations.

We will first visualise the results for assessing substitution model adequacy. The following code makes a histogram of the distribution of the multinomial likelihood for the PPS data, and will show the position of the value for empirical data on this distribution.

Your plot will be identical or very similar to Figure 2. When assessing model adequacy, we consider the model to be an adequate representation of the evolutionary process if the test statistic for the empirical data is a typical value arising from the model. The multinomial likelihood for the empirical data falls inside the distribution of values for simulated data (Figure 2), so our substitution model is possibly a reasonable description of the process that generated the data.

This result can also be observed in the P-value for the multinomial likelihood in R:

The following script shows a simple example to explore the branch-wise posterior predictive P-values. We will first load the tree. In this example we will use the original tree provided (data/corvid.tre), but usually the tree with the median posterior branching times would be appropriate. We will colour the branches with the best accuracy in blue, and the branches that have the lowest accuracy in green (Figure 3).

You can also investigate the A index:

This index is the proportion of branches in the tree for which the branch-wise posterior predictive P-values are inside the central 95 percent of the distribution. The rates and times models can be considered adequate when the A index is high.

You might find it surprising that the A index for this data set is closer to 0 than 1. The reason for this is possibly that we used an overly simple model of rate variation across lineages. As described in section 3, the analyses in BEAST 2 were done using a strict clock. Furthermore, these data have very high overall rates, such that they have a very large amount of variation, and possibly contain substantial substitutional saturation.

Have a look at the alignment file to observe the large amount of variation in the data, and why some of the values in Figure 4 seem extremely large. One thing you might notice is that the sites seem highly variable, suggesting that there might be a large degree of substitutional saturation. Our conclusion form these analyses is that the strict clock provides a very poor fit to these data, and a more flexible clock model might be better suited. In addition, it might be appropriate to use the first and second codon positions of these mitochondrial genes, because they are likely to be less saturated.

Note that in this simple method to graph the results, the branches in the two plots above have been coloured by their rank, rather than their magnitude.

Load the data cp3.nex to BEAUti, setting the model as described in the first section, and saving the XML file. Then open the XML file in your preferred text editor, and add a tree statement as follows above line with the <run ... statement.

Newick refers to a format to express the tree structure. Replace the dummy newick tree with the correct tree, which you will find in corvid.tre in the data folder. Also modify the names of the tree and the taxa: the name of your tree appears after "Tree.t: elsewhere in the XML, and the name of the taxa is an @ followed by your data id in the line immediately above the alignment.

Now remove the tree statement, which is inside the state and looks like the following.

In the place of that tree statement, type an input statement, which will lead to a new statenode as follows.

Once again, make sure that the tree name is correct.

Now remove the whole random tree initialiser, which begins and ends with the following lines.

Lastly, remove the lines (or set the weights to 0) of the operators on the tree topology. These include the lines that have any of SubtreeSlide, Narrow, Wide, and WilsonBalding. You might find these words together with the tree model selected (in this case BirthDeath).