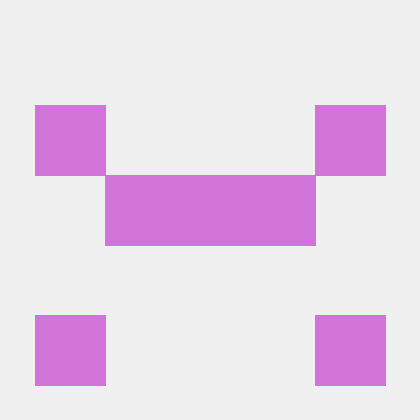 Tracer (http://tree.bio.ed.ac.uk/software/tracer) is used to summarise the posterior estimates of the various parameters sampled by the Markov Chain. This program can be used for visual inspection and to assess convergence. It helps to quickly view median estimates and 95% highest posterior density intervals of the parameters, and calculates the effective sample sizes (ESS) of parameters. It can also be used to investigate potential parameter correlations. We will be using Tracer v.

FigTree (http://tree.bio.ed.ac.uk/software/figtree) is a program for viewing trees and producing publication-quality figures. It can interpret the node-annotations created on the summary trees by TreeAnnotator, allowing the user to display node-based statistics (e.g. posterior probabilities). We will be using FigTree v.

In this tutorial, we wil infer the species history of 6 different anopheles mosquitos species by using AIM, which is short for Approximate Isolation with Migration. AIM is part of the StarBeast2 package. This model can be used when we want to jointly infer the species histories for multiple loci and gene flow between extant and ancestral species.

The aim is to:

The data was previously used to infer the species history of the anopheles gambie complex in (Fontaine et al., 2015). It is comprised of 20 loci, each of a length of about 1000 bp, from the X chromosome of mosquitos from the anopholes Gambia species complex.

Setting up an analysis in BEAUti

Next, we have to load the BEAUTi template from File, select Template >> AIM.

The sequences for the different loci can be found in the data folder name can be either drag and dropped into BEAUti or imported by Import Alignment. It will ask us what type the data is. If we say nucleotide, it will ask us for each loci individually. Since all loci are nucleotide data, we can choose all are nucleotide. To speed up the setup later, we can press Link Site Models and Link Clock Models

Get species corresponding to the different individuals (Taxon sets)

Next, we have to go to the Taxon sets tab. To assign the different individuals to different species, press the Guess button. Use everything before first and press the OK button.

Since we Linked all the site models of the different loci together when loading the sequence data, we only have to set up the site models once. We will be using an HKY + Γ 4 model that allows for different relative rates of transversions and transitions, as well as for rate hetereogeneity across different sites. Additionally, we should make sure that the estimate button for the substitution rates is clicked to allow for rate variation across different loci. To reduce the number of parameters we have to estimate, we can set frequencies to empirical. After, we can go back to the Partitions field and press Unlink Site Models. Now each loci will have the same site model, but each with different parameters.

Since we have all sequences sampled at the present and no calibration, we do not have any information of time to estimate the clock rate. This means that none of our estimates will be in units of time (e.g. in years), but instead will be in number of substitutions.

In order to speed up the setup, most of the priors are already set to what they should be, expect for the prior on the migration rates. From a hypothetical previous analysis, we know that our tree has a height of about 0.02 substitutions per site. If we had a migration rate of 1/0.02=50, this would mean that one lineage of a gene from present to the root is expected to migrate on average 1 time. The prior on the migration rates is set in the migRates.Species block. If we set the mean of the log Normal distribution to 25, this assumes that we expect about 1 in every 2 lineages to have one migration event over the course of the whole species tree. This is not exactly true, but is an ok approximation for the order of magnitude of how many migration events we expect under this prior.

By default, AIM assumes that the migration rate between two co-existing species can not be larger than the inverse time that they co-existed. This can lead to issues when starting a run, where beast doesn't find a proper state to initialize. To avoid this (in this example) we have to set the initial migration rates a bit lower, from 1.0 to 0.1. To do so, you can click Initial, next to the migration Rates prior and set the value to 0.1.

Run the *.xml using BEAST2 or use finished runs from the precooked-runs folder. The analysis should take about 20 minutes.

First, we can open the aim.log file in tracer to check if the MCMC has converged. If we look at the ESS values, they are below 200 for the posterior and the prior and the analysis should be run for a bit longer.

We can additionally check whether tree likelihoods of individual loci, tree heights etc. have converged. The information about population sizes and migration rates in an AIM log file is not super informative, since it doesn't contain any information about what does parameters correspond to. This information is instead part of the species.trees file.

What we can see from the looking at the species tree file in densitree, is that the model is pretty certain in resolving most clades. It is, however, uncertain about how the ancestral species of A. col. and A. gam. attaches to the rest of the tree. There are overall three possible species trees that model says have somewhat stronger support.

If we open the file Anopheles.trees in icytree.org (or figtree), we can see to which ranked topology each state corresponds to

We can next open the file Anopheles.trees.STATE_0_occurances_1724.log in tracer to see the effective population sizes of extant and ancestral species, the (backwards in time) migration rates between co-existing species and the speciation times.

With the files Anopheles.trees and Anopheles.trees.STATE_0_occurances_1724.log you can plot the species trees yourselves. Alternatively, the R script plotSpeciesTree.R can help you to do so. It uses ggplot, ape, phytools and coda that all need to be installed. We first have to load the species tree function in R using: source("../scripts/plotSpeciesTree.R") We can next plot the species tree using: plotSpeciesTree("Anopheles.trees", "STATE_0_occurances_1724",0.1,0,0,T) The T (true) at the end will lead to arrows being plotted as forward in time arrows (i.e. migration was from species to species). If it's F (false), then it will plot arrows for backwards in time gene flow. The value 0.1 denotes the posterior threshold to plot an arrow (i.e. the posterior support for gene flow has to be above that value to be plotted). The second number is for a Bayes Factor values threshold for Bayes Factor values calculated using the third number as a prior probability for gene flow.

At the end, things should look approximately like this:

Some notes of caution